We have 237 guests and no members online

You are here: Home 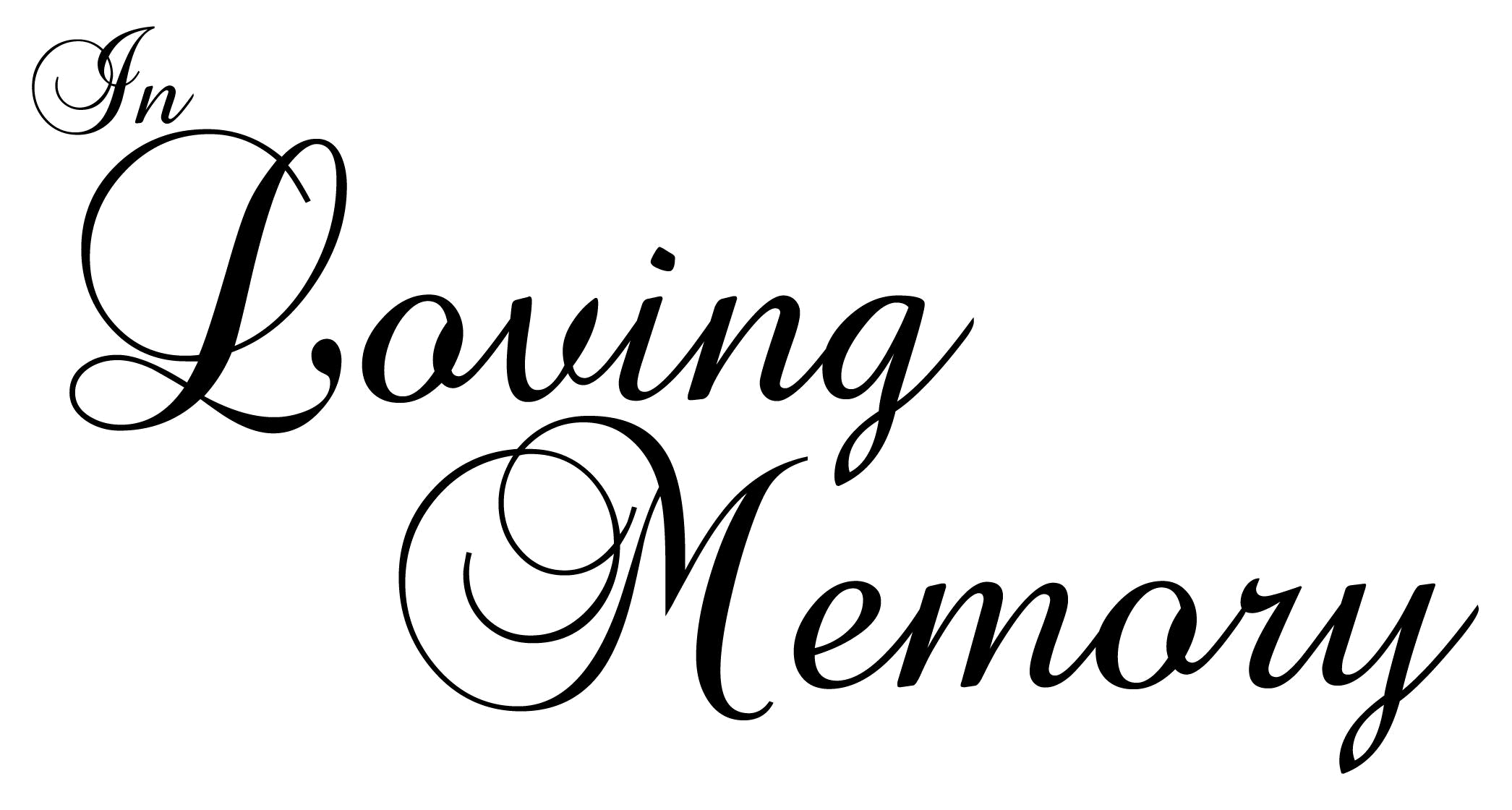 We would like to remember all of our Silent Keys that are no longer with us.

We miss you all. 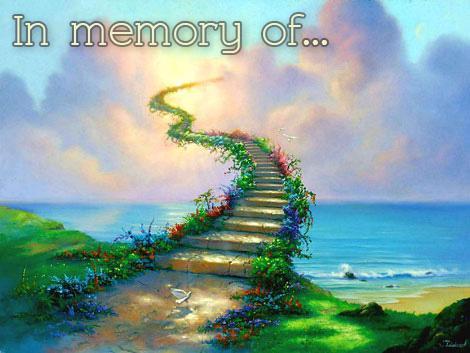 He was preceded in death by his parents, George and Frances Chester Mulholland.

In lieu of flowers, donations may be made to Millers Creek United Methodist Church, 3260 North Highway 16, Millers Creek, N.C. 28651

Play the file: (Note: The net starts at 2:50 in, the final call starts at 4:15 in. Adobe Flash Player is required - watch for the "Allow" box from your browser.)

Kenneth Ellsworth Anderson, age 79, of Wilkesboro, went to be with his Lord Friday, February 9, 2019 at Wake Forest Baptist-Wilkes Medical Center.

A Celebration of Life service will be held at 2:00 pm on Saturday, February 23, 2019 at Mount Pleasant Baptist Church.

Ken was born October 5, 1939 in Tripoli, Iowa to Glenn and Mildred Anderson, the 11th of 12 children. His family moved and Ken grew up in Grantsburg, Wisconsin. After graduating Grantsburg High School, where Ken was senior class president, he attended Moody Bible Institute in Chicago, Illinois, where he met and married Karen Jean Neis. After graduating Moody’s radio engineering program, Ken served as chief engineer for Radio Station WEEC in Springfield, Ohio, and then worked as a missionary in Brazil, Honduras, Bolivia, and Alaska. He also worked with Bible Basics International in Tampa, Florida until moving to Wilkesboro in 2015. Until his death he remained active in Christian radio ministry and program production and was an active member of Mt. Pleasant Baptist Church. Ken was also an avid and life-long amateur radio operator and an active member of the local Foothills Amateur Radio Cub. While in Brazil his call sign was PY2ZAG, and in the US, W8FRS.

Ken was preceded in death by his parents and his ten older siblings.

Mrs. Rice was born January 18, 1948 in Forsyth County to Roby C. and Sue Lee Adams Faw. She was an RN at Avante of Wilkes Nursing Home.

In addition to her parents she was preceded in death by a brother Charles Dennis Faw.

In lieu of flowers memorials may be made to Mountain Valley Hospice and Palliative Care, 401 Technology Lane, Suite 200, Mt. Airy, NC 27030.

Paul Benton Robinette, age 72, passed away on January 29, 2020 surrounded by his family.

Paul was born in Jackson County, Welston, Ohio to Paul and Juanita Robinette. Paul had a passion for God, his family and people. He valued quality time with his family and enjoyed telling stories of the good ole days. Paul enjoyed making others laugh. He had a career with IBM for 30 years from January 1968 to 1998. He also had a part time career at West Lake Hills Police Department for 10 years. Paul started with amateur radio in 1988 and received a plaque for Outstanding Service to Amateur Radio, the ARRL, the ARRL NC Section, and Western North Carolina in December 2019 (KD4OZI).

A visitation will be held at Trinity of Fairview Baptist Church on February 8, 2020 at 2pm. A memorial service will follow at 3pm. Friends are invited to the homeplace following the service.

The owner of a longtime Elkin family business, Sigmund Wallace “Wally” Holcomb Jr., died March 24 at The Joan & Howard Woltz Hospice Home in Dobson after a battle with pancreatic cancer. He was 81.

A private graveside service will be held at a later date.

Raised in Elkin, Holcomb graduated from Elkin High School in 1958. He played basketball, football and tennis. The tennis team, coached by Lewis Alexander, regularly took on and defeated much larger metro schools. “It was hard for us to get matches, we were so good. We just always won,” Wally said shortly before he died.

As a teenager he became an avid ham radio operator and maintained a license throughout his life.

He attended UNC and then transferred to Wingate College where he played on the tennis team. In one match he defeated the top-ranked player in the state. “My backhand was really good that day. I didn’t miss many backhands.”

He joined the US Air Force for four years where he served in northern Michigan. “It was cold. The first year it was miserable, but the second year I learned to ski and we would go just about every day we could.”

A third son, Jones, was born in Elkin.

Wally joined the Elkin Jaycees and Sertoma and was a contributing member for years to come. He resumed playing tennis and could be found playing regularly on the courts at Cedarbrook Country Club. He played regional and state tournaments. “I’d win some and lose some.”

He also gained a private pilot’s license and would fly friends and family locally and cross-country.

In 1985 he took over the management of Holcomb Bros. and under his leadership the company provided services on many major construction projects, including the new Lowes headquarters in North Wilkesboro.

Following a divorce, Wally met Marcia Cockerham. “I went to the bar at the Sheraton in North Wilkesboro. I saw her there and asked her to dance. I asked her to dance about five times and she kept saying no.” Eventually they danced, love bloomed and in 1991 they were married at Galloway Episcopal Church in Elkin.

The couple took an interest in sailing, with Wally the skipper regularly in yacht races on Lake Norman on their boat, “The Hawk,” a 31-foot Hunter. He put the same energy into sailing that he had into tennis. “We were pretty good. We won a few races. I loved the challenge.” They enjoyed inviting friends along as crew and companions. Their lives revolved around sailing, racing and activities at Lake Norman’s F Dock.

In 1999 he sold Holcomb Bros. and he and Marcia retired to Beaufort, NC. They sold “The Hawk” and bought an old Pearson 424, a 42-foot sailboat, and spent five years completely rebuilding it. They spent the next five years aboard the rechristened “Half Moon,” sailing as far north as the Chesapeake Bay, as far south as The Bahamas and the Florida Keys and around the Gulf of Mexico to New Orleans. “Those were good times, Marcia and I doing it together.”

Marcia and Wally eventually built a house in Beaufort and sold the boat in 2005. Wally, idled ashore, went back to work in the plumbing and heating business out of New Bern.

In 2018 Wally and Marcia returned to the Tri-County Area, settling in Wilkesboro, to be closer to their children.

“My family was the best part of my life.”

Mr. Hubert "Ernest" Mauldin, 76 of Hamptonville, passed away Monday, June 1, 2020 at Forsyth Medical Center. He was born May 29, 1944 in Surry County to Hubert and Annie Trivette Mauldin. Ernest was a graduate of West Yadkin High School and a member of Zion Baptist Church. He was a farmer, a merchant, and truck driver. His greatest pleasure was being with family and friends. After a stroke 24 years ago, his involvement as a HAM radio operator brought him numerous friends he dearly loved and enjoyed. A true outdoorsman, his intense love of John Deere tractors and equipment was a source of pride.

A graveside service will be conducted, Sunday, June 7, 2020 at 2:00PM at Zion Baptist Church with Pastor Kent R. Oviatt officiating. The family requests everyone attending the service, dress in casual attire.

Carroll was born May 10, 1963 in Hertfort County, NC to Carroll Douglas Lowe, Sr. and Kaye White Lowe. He was National Director with the Ruritan Club, and Chairman of the Board of Directors for Wilkes Vocational Workshop. He was involved with many charities. He worked for Lowe’s Home Improvement for 26 years.

He is survived by his wife of the home, Sandra Curry Lowe; his parents, Carroll Douglas Lowe, Sr. and Kaye White Lowe of Ahoskie, NC; one sister, Lisa Lowe Brown and husband, Randy of Boone; one niece, Brittany Story and husband, Austin of Vilas; one nephew, Derek Brown and wife, Leslie of Lenoir; one great niece, Hadley and one great nephew, Ryland; his mother in-law, Dorothy Curry of Winston Salem; and five brothers in-law; and three sisters in-law; and several cousins.

In lieu of flowers, memorials may be made to the Ruritan National PO Box 487 Dublin, VA 24084.

A memorial service will be held at 3:00 p.m., Sunday, September 26, 2021, at Macedonia Baptist Church by Rev. Mike Smith, Rev. Larry Macemore, and Rev. Kent Oviatt. The family will receive friends from 2:00-3:00 p.m. prior to the memorial service.